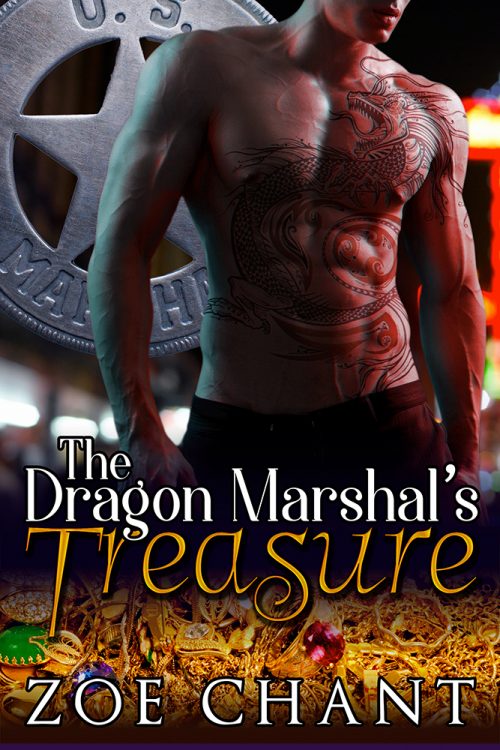 The author requested a city background with a bit of a noir feel, so I used a street scene with a lot of bokeh (the out-of-focus dots) and highlighted the model as if he were illuminated by neon lights. As this was starting a new series focusing on U. S. Marshals, I used a marshal’s badge as the element to tie all the covers in the series together. I proposed that for this series, we forgo the traditional photobombing animal that shifter romances usually have and go for a representative tattoo on the model to indicate the shifter’s animal form, to which Chant agreed. Chant is well-established in the shifter romance scene: I’d consider the idea for a new name, but would consider it a small risk in that case.