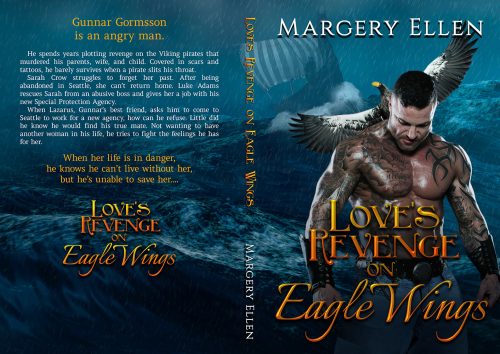 Margery Ellen started a new Viking romance with elements of time-travel romance, and asked me for a cover with this model, a Stellar’s eagle, and a Viking ship being tossed on stormy seas. And also wanted the model to be wearing jeans instead of the pseudo-Viking costume he originally wore. I’m a fairly good hand at pants now, since Amazon doesn’t want underwear peeking above waistbands. It’s been fashionable for a while in stock photos for the models to have their underwear waists showing, so I’ve spent quite a lot of time digitally pulling their pants up. Adding jeans to this guy was just a bit more complicated than that, especially because this model obviously never skips leg day and had ginormous thighs, but I managed.