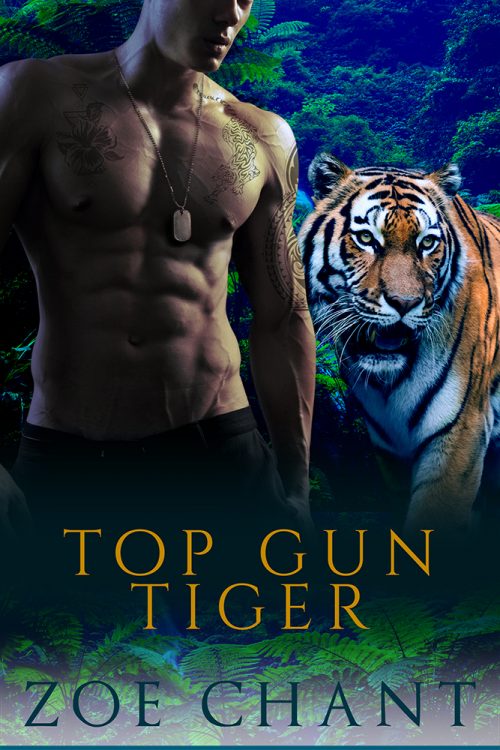 In last week’s post, I talked about being commissioned to create a cover template for Zoe Chant’s paranormal shifter romances, her requirements, and researching her genre. As a prolific writer, she would be using several designers to create her covers, and needed a template that she could give to each designer to make sure that all her books looked like Zoe Chant books.

While researching the tropes in paranormal shifter romance cover design, I also noticed that a lot of covers in this genre put the author name on a dark background, and proposed that we put Zoe’s name on a light background, to make her covers stand out a bit from the general run while still looking like they belonged in that genre. Zoe agreed.

I set these cover standards:

That last point, with possible white at the bottom of the cover, produced an interesting issue—the cover would be displayed in Amazon search results on a white background, and a white part of the cover would fade away, making the cover look weird, misshapen, and unbalanced. I solved that problem with one last cover standard:

I also came up with a Photoshop file that had the author name, title, dark title background, and pale gradient at the bottom for the designers to use.

Not all designers follow these standards strictly, and that’s fine! Often, the designer chose to ignore one or two of the standards if, in their opinion, it made the cover stronger or fit the theme of that particular story. The designer who did the cover for Undercover Alpha chose a photo with a fully clothed model showing his face, and darkened the background. When I created the cover for Kodiak Moment, I went with a subdued color palette that fit with the cold, wintry feel.

I think this general design is successful.  You can tell with one look that each story is by Zoe Chant, and which genre it’s in. Take a look at the selected Zoe covers in my portfolio, then go to Zoe’s website and check out all of her covers.